The Molecules of Emotion 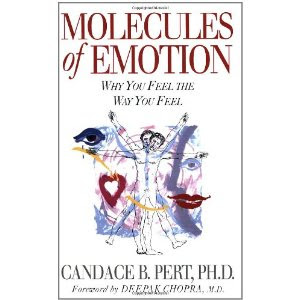 The Molecules of Emotion
By Candace B. Pert, Ph. D.

The advances in mental health over the past 25 years from both the physiological realm of the body and the psychological realm of the mind have been stunning.  The current research on many fronts effectively negates the artificial split between the psycho and the soma which has its origins in the 1600's.  This split between the mind and the body has continued to be part of Western medicine into the current millennium.  Groundbreaking research which would ultimately prove this artificial split to be false was conducted in the 1980's by Candace B. Pert, Ph.D. .  She describes her work and her fascinating journey into the world of science and emotion in her book, The Molecules of Emotion.

The idea that there is a split between the mind and the body is a concept that does not exist in other cultures.  In Western Medicine this split came about because of a decision of the Pope in response to a request from Rene Descartes, the founding father of modern medicine.  Descartes asked the Pope for permission from the church to study the body by using deceased bodies for dissection.  Descartes was granted permission to study the "body" but the "mind" was deemed to be the "realm of the church".  That is how the artificial split between the study of the mind and the study of the body began.

Western medicine first opened itself to the concept of a mind body connection in relation to pain management.  Western medicine had come to the limits of its ability to "block" pain by using medications and in an effort to help those with chronic intense pain began to investigate healing methods from Eastern medicine.  Candace Pert along with her husband at the time Agu Pert, an experimental psychologist, and Larry Ng, co-authored  an article demonstrating that acupuncture stops pain by stimulating the release of endorphins into the cerebrospinal fluid.  It has been discovered that other "alternative" methods are able to allow one's mind to control aspects of the body such as heart rate and body temperature which are functions of the autonomic nervous system and were once believed to be outside the realm of conscious control.

In the mental health arena the advances in neurobiology  and psychotherapy have enabled Western scientists to create constructs which describe the underlying physiological mechanisms of "willpower" and "free will".  Historically the concepts of "willpower" and "free will" were religious concepts and considered to be exclusively the "realm of the church". Even our language implies that other people "make us angry" or cause us to "get upset".  If it were true that another person or set of circumstances could "make" or "cause" us to feel or to respond in a certain way, we would not have "free will" or the ability to choose.  In reality we do have the power to choose how we feel and respond.  Recent advances demonstrate clearly mechanisms in the body that are activated in the ability to choose.  We choose what we "attend to" or pay attention to.  We have control over how we feel about the events and the experiences of our own lives.  Furthermore, we choose how we respond.  The ability to choose what we pay attention to, how we feel and how we respond are the natural building blocks of positive mental health. 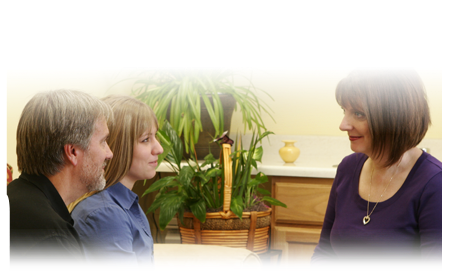 Where there is an open mind and a willing heart, there is a path to healing.

Counseling is a change process. Counseling is also a journey of discovery of where a therapist and client together are championing the client's highest goals and intentions. Counseling enables the client/clients to remove the blocks from body, minds and spirit, which are preventing wholeness and self-actualization. Each individual has the innate potential to be well in mind, body, and spirit.

Energy psychology (EP) addresses the relationship of the bodies energy systems to mind/body health. EP includes addressing the reciprocal relationship of mind and body- the way emotions, thoughts and behaviors and the physical body influences each other. Energy Psychology interventions such as EMDR are used to help the mind/body to release negative emotions, dysfunctional beliefs and traumatic memories, reframing the way the mind and body work together to achieve a feeling of well-being and wholeness.